“When Linda would go in for treatment, she would take the images on her phone and the women would look at them and it would make them laugh and make the time pass,” Bob said. 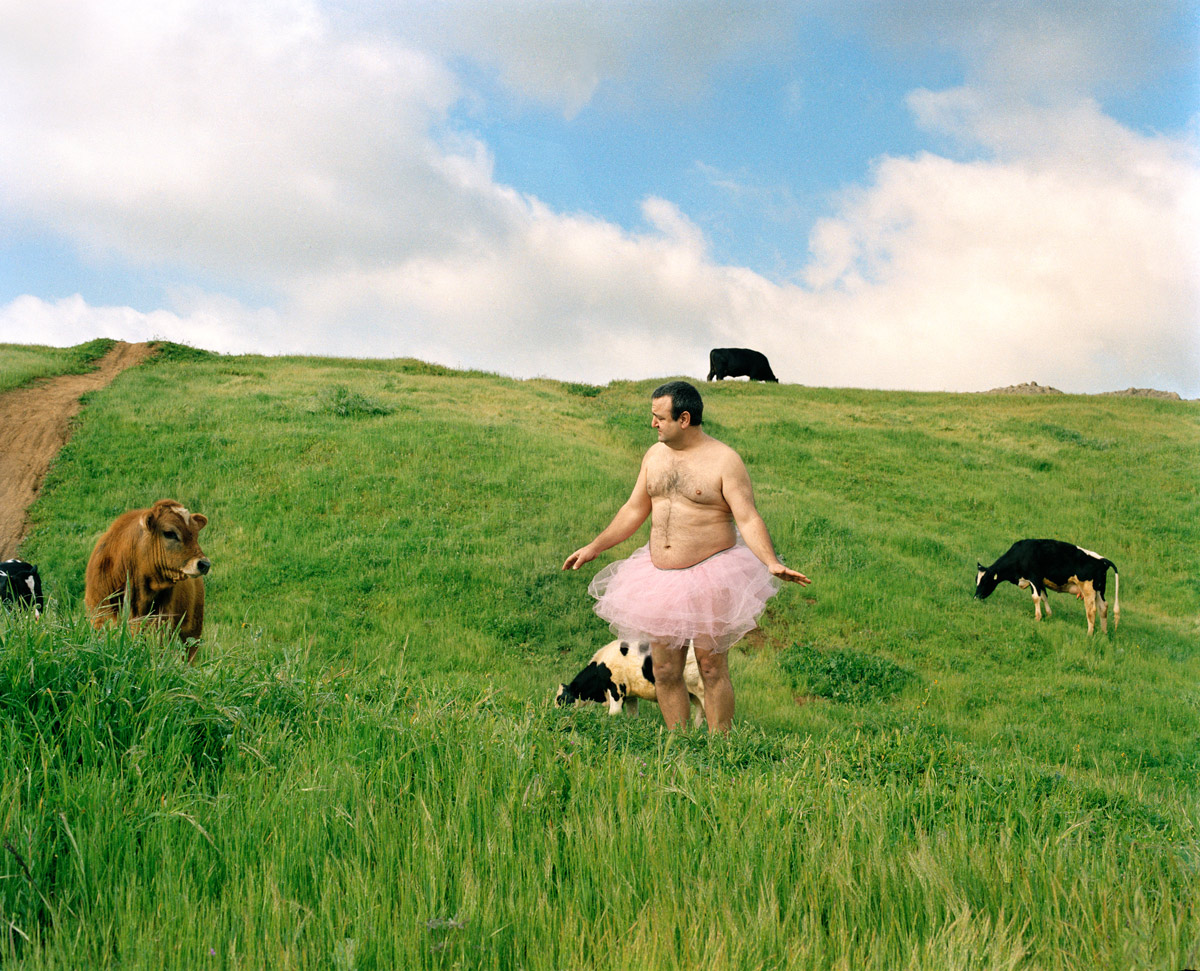 The mission of The Tutu Project™ is to support the fund raising efforts of The Carey Foundation for women with breast cancer. They strive to bring laughter and understanding to a community that has endured far too much. All of these images are for sale on their website in efforts to raise money for Cancer research. Bob describes the project in his own words on the site:

The Tutu Project™ began in 2003 as a lark. I mean, really, think of it. Me photographing myself in a pink tutu, how crazy is that? But ten years ago my wife, Linda, and I moved to the East Coast and, as odd as it may sound it, the self-portraits proved to be a perfect way of expressing myself. Why? Because even though the move was exciting, exhilarating, and inspiring, it was 180 degrees from what I knew. So I took the old, mixed it in with the new, and kept the tutu handy. Six months after the move, Linda, was diagnosed with breast cancer. She beat it, only to have it recur in 2006. During these past nine years, I’ve been in awe of her power, her beauty, and her spirit. Oddly enough, her cancer has taught us that life is good, dealing with it can be hard, and sometimes the very best thing—no, the only thing—we can do to face another day is to laugh at ourselves, and share a laugh with others.

So....now that you've heard the story - would you be proud for your man to wear a tutu?