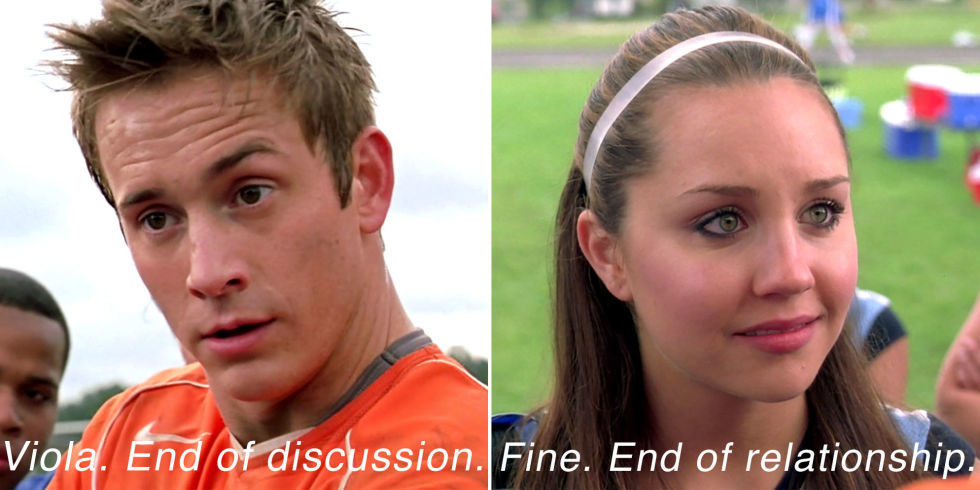 It's always a total bummer when the guy or girl you're into isn't reciprocating the way you'd like. They're either just not that into you, or can't seem to get their lives in order and make you a top priority. And as easy as it sounds to say "see ya!" it can be much harder to actually do — especially when you're having so much fun with them. Nevertheless, don't let yourself stick around simply because it's fun. Here are 10 signs you need to call it quits before it's too late for your heart. 1. If they say they're not ready for a relationship, don't misinterpret as something like, "...but I might be soon." They probably won't be ready anytime soon. 2. Chances are they're leading you on if they say sweet things to you, yet completely disappear when big happenings like family events come up. If you find it happening once, and they claim they have a prior engagement, that's one thing, but if it happens every time, then you ought to move on. 3. If they ask you to jump and you respond by asking them how high, then chances are they're the dictator in the relationship, and are likely a jerk, too. You don't want things to be one-sided, so if you notice you never get to wear the pants, then bail. 4. If you find yourself giving up the things you love and make you feel good to be with this person, then you're in the wrong relationship. Your standards should never suffer because you're enamored by someone. Be strong. 5. They never want to sleep at your place. Does it really matter if one of you has roommates and the other doesn't? Stop packing your bag all the time and ask them to come your way once in a while. 6. You keep breaking up for the same reason. They're just not ready to commit, and you need to be conscious of that and get out. 7. They ignore you until you just so happen to post a hot pic on social media. This is a huge no-no. 8. Excuses, excuses, excuses. They're full of them. From why they didn't text you back to why they can't meet up, they never seem to have a good answer. They're endlessly shady, so say goodbye. 9. Although there's plenty of gorgeous people out there, your partner shouldn't be filling your ears with comments about other people's looks. If they are constantly telling you that someone is hot or really their type, stop wasting your time. 10. Because they're insecure, they try to belittle you as much as they can until you lack the sexy confidence that they do. Do any of these situations ring true for your relationship? Source: Cosmopolitan [caption id="attachment_121549" align="alignnone" width="100"]

5 Ways To Look Fresh After Your Workout