Ariel Winter Gets Body-Shamed and Responds With Perfect Poise – BodyRock Skip to content
Cart
Now reading: Ariel Winter Gets Body-Shamed and Responds With Perfect Poise
Share
PrevNext
How it's possible that people still find it OK to put someone down for their body is mind boggling to say the least, especially when there is more awareness now than ever before that this is unacceptable behaviour. However, nonetheless, Modern Family star Ariel Winter has become the victim of online bullying. Recently, the actress posted a family-oriented image to Instagram. She just so happened to be wearing a bikini, and the social media platform exploded, posting hateful comments regarding her body.
[caption id="" align="alignnone" width="475"] 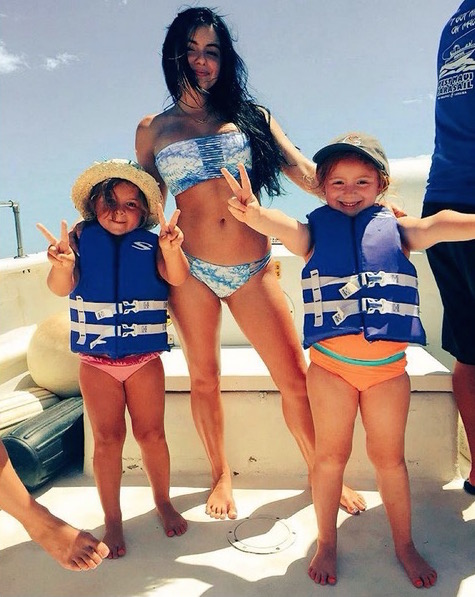 (Photo: Ariel Winter/Instagram)[/caption]
The image was merely meant to show Ariel with her two nieces while enjoying some fun in the sun boating style. But commenters decided to call her a "slut" and claim that she was "asking for it." How Ariel responded was epic, however. She said: "Who knew that an innocent photo with my nieces would turn into this? The height of a girl's skirt or whatever she is wearing for that matter, does not imply what she is asking for. It sickens me to think at 17 years old, a photo of myself with my nieces is suggesting that I'm "asking for it". I typically never give power to the mean things people bravely say behind their computer screens on the Internet, but this is for the girls who are constantly bullied whether it be online or at school.. You are not asking for anything because of what you are wearing- you are expressing yourself and don't you ever think you deserve the negativity as the consequence to what you are wearing- YOU ARE BEAUTIFUL. Celebrate you and don't let anyone's comments allow you to think less of yourself. Us girls have to stick together!!!!!!" It's sad to think that people find it amusing to follow someone on Instagram only to leave cruel comments. Though the outcome is nothing short of a win for Ariel. What are your thoughts on how the young celebrity responded to the body-shamers?
Source: Cosmopolitan