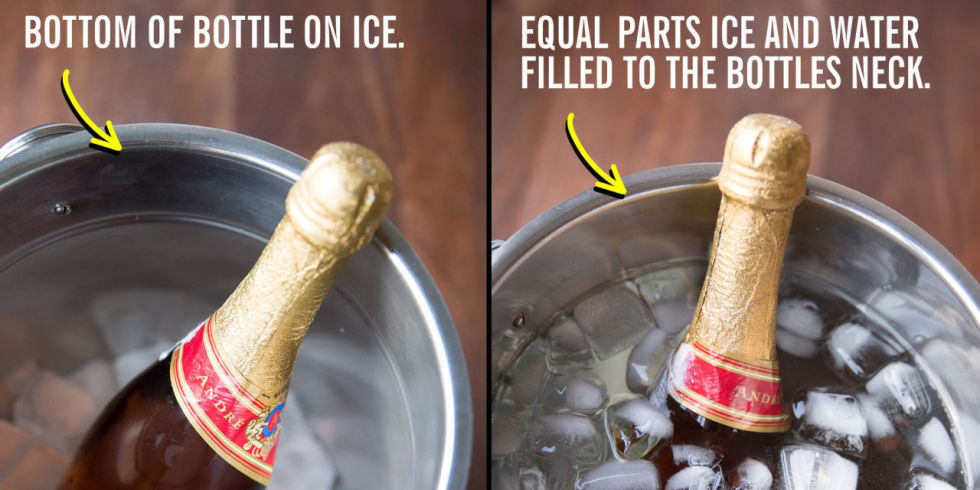 Oh, drinking! Whether it's popping some bubbly champagne or opening an ice cold beer, it can feel so good going down the hatch. The drinks seem to flow freely around the holidays, making your drinking game that much stronger. But did you ever consider that you could be drinking entirely wrong?
That's right. From how you open your favourite beverage to how you ice it and store it, there are some things you may have never known you were doing incorrectly. With that said, here are 13 to be mindful of. ​1. ​​Karen MacNeil, who is the author of ​The Wine Bible,​ says that you should be putting red wines such as pinot noir and cabernet sauvignon in the refrigerator. The colder the wine is the more it will show its freshness, and the warmer it is, the more alcohol it will show. The rule of thumb goes like this: red wine is better when kept at 60 degrees Fahrenheit, but stored liquor tends to be warmer, so after your purchase, stick your wine in the fridge for five to 10 minutes. And if it's been in the fridge for a while, let it sit for 15 minutes before enjoying it. ​2. You shouldn't twist the cork when opening your sparkling wine, rather you should be turning the bottle. ​First, remove the foil from the cork. Leave the cage on if there is one. Place your thumb over the cork, angle and twist the bottom slowly.

3. If you're drinking beer from bottles instead of cans when you're outside, then you're doing it wrong says Jeff Alworth, who is the author of ​The Beer Bible​. This is because sun and even artificial light will skunk beer due to the chemical process that converts the compounds in beer into an aroma that resembles the smell of a skunk.

​4. Did you buy cheap vodka? You should be filtering it says MacNeil. Doing so will cause it to taste smoother. You should do this four to five times to help achieve a sense of neutrality to the beverage.

​5. If you're still sticking to, "Beer before liquor, never been sicker; liquor before beer, in the clear," you might want to quit that. Drink plenty of water and pace yourself instead. ​​6. MacNeil says that, once you are finished with your bottle of wine, if there is still wine in it, then you should put a cork in it and put it in the fridge. The cold will preserve it.

​7. ​​Are you filtering "cheap" wine in the fridge to make it taste better? MacNeil says that is a no-no. All a blender does is discombobulate the wine, so it won't taste any better or smoother. It actually might end up tasting like nothing at all.

​8. ​​If you're just drinking your alcohol warm, your'e doing it wrong. You should actually put it in a salt and ice bath for 10 minutes. The ice should be wrapped around the bottles neck. This short method is equal to putting your bottle in the fridge for two hours.

9. Stop buying flavoured vodkas and just infuse your booze yourself. All you have to do is let it soak for at least a day to get the full taste of the actual fruit.

10. Stop taking shots of tequila, it's supposed to be sipped. And if it's a good-quality one, you'll find no salt or lime is necessary. ​11. Stop filling your wine to the brim. MacNeil says the less wine in your glass, the more it's able to open up with the air, making it taste better. 12. ​All you need is a house key to open your bottle of beer!

​13. You should be swirling and nosing your wine. MacNeil says that swirling your wine allows the molecules of oxygen to mix, therefore the flavours will open up. Wine should be swirled with every sip. Not swirling gives you just 50 percent of what you could be smelling and tasting.

Have you been doing any of these things wrong? Source: Cosmopolitan [caption id="attachment_120647" align="alignnone" width="100"]

This Weight Loss Story Proves 50 is the New 30!

What I've Learned From Being On 116 Diets