Kill it With Cardio #11: Boxing/Martial Arts – BodyRock Skip to content
Cart
Now reading: Kill it With Cardio #11: Boxing/Martial Arts
Share
PrevNext
If you're the kind of person who likes to push their bodies to the limit, you'll LOVE martial arts. This includes boxing, kickboxing, MMA, karate, Krav Maga, Kung Fu, Taekwondo, Jiu Jitsu, and dozens more! I practiced martial arts for about a year and a half, and I can tell you for a fact that it is AMAZING exercise! You spend a lot of time jumping, kicking, punching, and moving around, and that's just the training. By the time you actually put on gloves and get into the ring/cage/arena, you'll see how amazing the workout can be. [caption id="" align="aligncenter" width="600"] 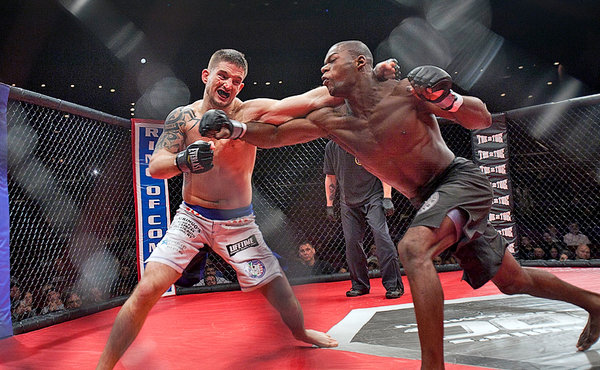 Source: www.nytimes.com[/caption] Doing martial arts of any sort, you can burn A LOT of calories: Of course, that only counts if you actually train hard and push yourself! Still, it's one of the most enjoyable forms of cardio, and you can learn to kick ass and defend yourself at the same time. Totally epic!