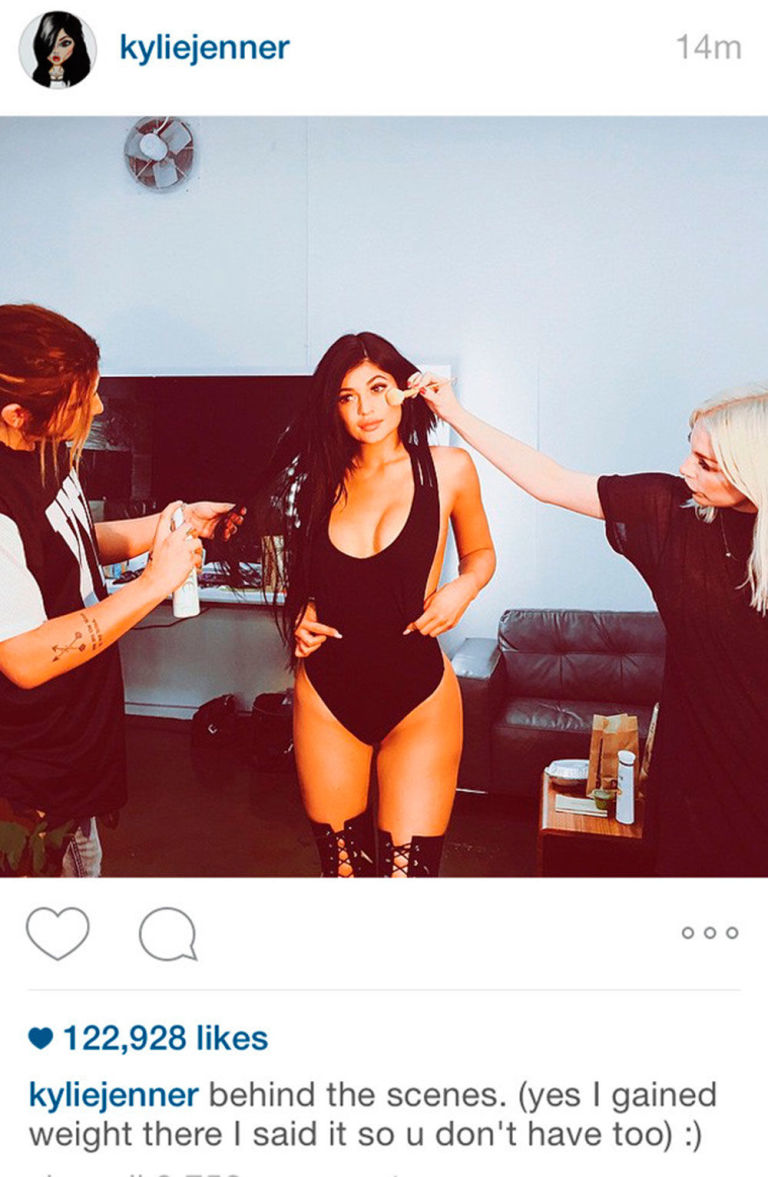 So disappointing. To think that she feels she needs to body shame herself because she is certain that countless strangers will do it anyway. Famous or not, that is an awful lot of a 17 year old to have to deal with. Jenner quickly deleted the second half of the caption, realizing it was probably easier to just leave it alone. We think she looks wonderful, how about you? Do you follow us on Instagram? [caption id="attachment_100581" align="alignnone" width="100"]