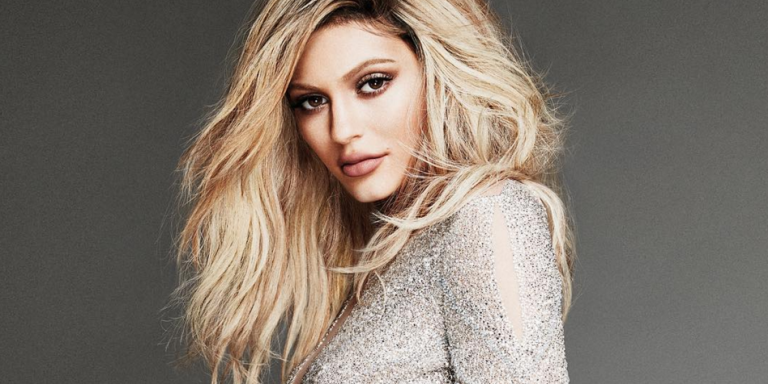 Kylie Jenner's name seems to be everywhere these days, as does her face, which is on the cover of ELLE Canada this month. Modeling everything from sparkly mini dresses and itsy bitsy jumpsuits to nose rings, blonde hair and dark shades of lipstick, she opens up about bullying, and provides advice on how to escape all the hate. [bctt tweet="Kylie Jenner opens up about her insecurities. "] ​"If you're different or if you think something about you is just weird and out of the ordinary, I just think that's so dope," Jenner says in a video in which she respond to Twitter questions. https://youtu.be/ug20T7AU-po As for her lips? That's something that's been the topic of conversation in regards to how she deals with insecurity. "I did it strictly for me," she explained. "When I got my lips done, I literally told no one! I didn't tell my best friend or even the guy I liked at the time. I really thought it was no one's business. My mom was super-against it, but I begged her and begged her and she finally let me do it. After I did them, I thought it was so obvious that I didn't have to say anything. I never denied it because I always told my publicist 'no lip questions,' so no one ever asked me. I never said I got them done, but I never denied it either. But people thought I was such a liar!"

She also discusses the rumors regarding other procedures she may have gotten done. "People were saying I got my chin reconstructed, that I got a nose job, an eyebrow lift, I got my boobs done, this and that. So I wanted to come out and say that this is crazy and I only got my lips done. I don't think people realize that I just turned 18. There's no way my mom or any doctor would let me go under the knife like that—that's just so crazy! [I admitted to using lip fillers because] I don't want to be a bad role model. I don't want my fans to think they have to get lip fillers or look like me in any way."

Of what's in store for her career, she says, "I remember telling my mom a year ago that I wanted to do some acting, and she said, 'Kylie, you're a businesswoman.' Now I feel like I'm getting there. I don't know, I just love doing new things...I'm a mini-businesswoman!" What are your thoughts on the fame that Kylie Jenner has gained? Source: Elle Do you follow us on Instagram? [caption id="attachment_116329" align="alignnone" width="100"]

Strengthen Your Whole Body With This Killer Flow Workout!