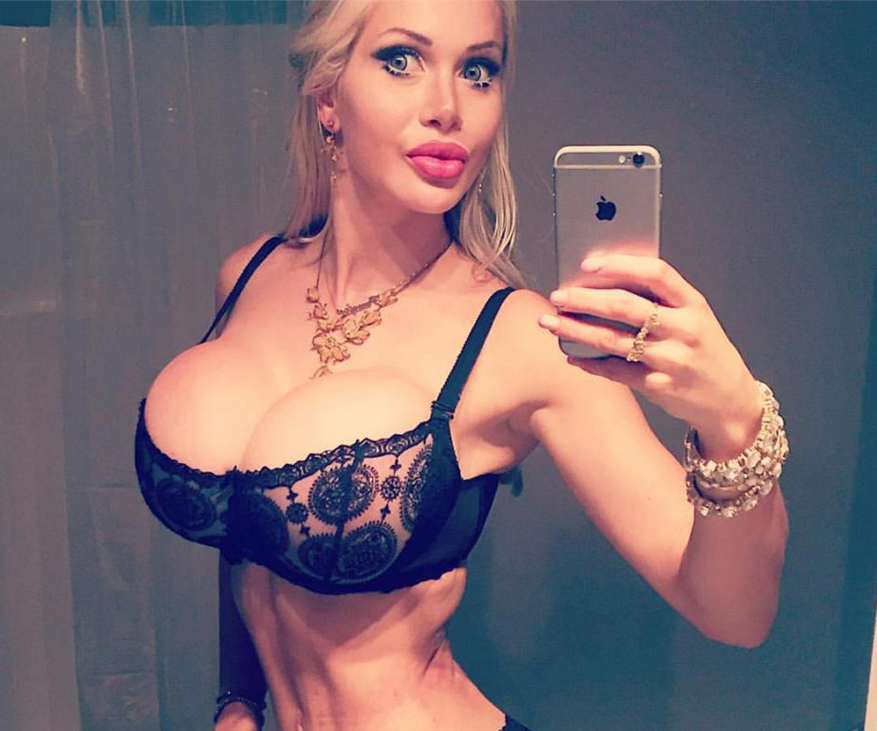 People undergo cosmetic surgeries for a variety of reasons. But have you ever heard of someone wanting to transform themselves into a cartoon character? Pixee Fox is a 25-year-old model who's desire to look like a cartoon character has caused her to spend over $120,000 on cosmetic surgeries. One of those procedures included the removal of six of her ribs. "My goal is to capture the exaggerated femininity of beautiful animated characters like Holly Would, Jessica Rabbit, and Aurora," Fox revealed on her GoFundMe page. This is a before and after image to show you just how drastic the transformation is:

As for other surgeries she's had, so far they include four breast augmentations, four rhinoplasties, two liposuction procedures, one labiaplasty, one brow left and a Brazilian butt lift. [bctt tweet="Model Removes Six Ribs to Look Like Cartoon Character Jessica Rabbit"]

Her butt implant procedure was extremely painful, she noted. "I spend 90% of the time in the bed and sleeping most of the day," she said on her blog. "Really hard to walk up and lie down in bed because of pain, but I feel that I am healing really good and quickly so being tired all the time is not a bad thing."

Fox plans on having more procedures in 2016, which will include "hip implants, butt implants, and more."

Do you think she has gone too far? What are your thoughts on this ongoing transformation? Source: Cosmopolitan [caption id="attachment_121301" align="alignnone" width="100"]