Money Matters. Period. – BodyRock Skip to content
Cart
Now reading: Money Matters. Period.
Share
PrevNext
I originally saw this video around the same time most other people did. As much as I want to agree with and like this message - I don't. Countless times I've heard friends and colleagues in my generation say they "don't care" about money or that "money doesn't matter". I know what they mean is "I don't care if I'm rich." I agree with the implied meaning, but I don't agree with the generalization that "Money doesn't matter." In the materialistic sense, in a luxury sense - no it doesn't technically matter. But money matters. For all of us, we choose to live in a society and therefore subscribe to the laws and customs within that society. We don't always agree with them, but we have to live with them. There is a difference. Many of these people who I hear saying they don't care about money, aren't afraid to live off credit. I suppose the attitude is the same since credit is technically fake money. And present you may not care, but what about future you? I changed post-secondary schools after 1 year. I initially went with a very laid out, "safe" plan in mind. I realized very quickly I would never be happy with that so I finished my year, passed all my classes and moved on. I wanted to go into a more artistic field, and so I enrolled in college. I was nominated for valedictorian in high school, was a year up in school and often described as the "smart girl". But for all intensive purposes, I was making a "dumb" decision by leaving a prestigious university and enrolling in a small arts college. I was lead to believe that post-secondary education was necessary in order for success, and I still believe that to a degree, but I realized that my education did not simply have to be the syllabus in front of me. I could take away whatever I chose. What I chose to learn was how to be artistically fulfilled and simultaneously financially sustain myself. I graduated with a degree in Film and Media Production, or as I lovingly call it, a degree in unemployment. I knew from day one that my "love of art" would never feed me - but my ability to integrate it into the working world would. I don't work on Hollywood sets, but I do make corporate and promotional films. I'll never win an Oscar for them, but I'll be paid. And I'll eat. This came as a conscious decision. At some point in my pursuit of creative fulfillment, I had to decide what I wanted. Did I want to be important and famous? Or did I want to live a life I could feasibly sustain? I chose the latter. Some would describe this as the safer route, but I describe it as the smarter one. I honed my skills into marketable ones - not just artistic ones. I knew no one would pay me (reasonably) for the films I had in my heart, but they would pay me to use my skills and I could infuse my own flare and style. There is this attitude now that if you follow your dreams for long enough, eventually they will become your career and you will be paid for them. That's not true. Statistically and economically, that's not true. We can lobby and hope for change, but in large part we have to look at the society and world we live in and adapt. We need to stop being so cocky. I wish all my friends who want to be actors and directors and artists and musicians the best of luck and my heart goes out to you. But are you being honest with yourself? Are you being honest with what society needs and where your skills fit? I find it ignorant when people just assume that the world will open up and make room for "whatever" they want to be. That people tell their children they can be anything 'if they put their minds to it'. Why? Why SHOULD this be true? Why should we assume that because we have hopes and dreams and emotions that perseverance is enough to succeed? This is largely where the importance of money comes in. Many sacrifice financial security, or even existence, in the pursuit of dreams and passions. I commend those who are brave enough to do so; I am not. If you are brave enough to make that gigantic gamble, I will never hold you back. But you need to know what you're betting with - it's your life. It's not just your money and your time - it's the path you're taking and the life you're setting yourself up to live. 22-year-old you may not mind living in a 1bdrm apartment eating Mr. Noodle every night, but what about 30-year-old you? The one who pulled 18-hour-days for 2 years and sacrificed income and personal relationships in the pursuit of your passion. Are you fulfilled? I feel many of you will say yes...until something changes. Until you fall ill or your circumstances change - you will be just fine. But what if you get sick and have no health insurance? What if you and your partner decide you want to have a baby, but have no stable income? What if you get in a car accident and can't pay your deductible? Or, more commonly, what if you graduate post-secondary school 40,000 in debt with no feasible job lined up that will make ends meet? 95% of the people I graduated with are either: a) Living at home b) Working part time jobs/multiple jobs they hate c) Living beyond their means d) Some or all of the above 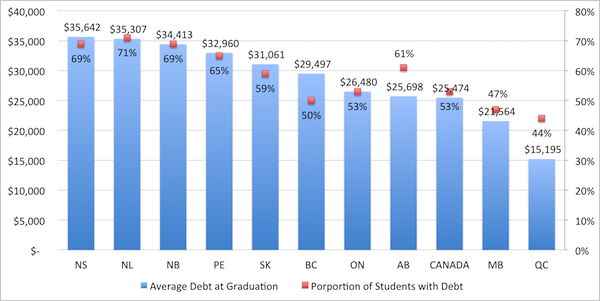 In your 20's - I see no problem with this. I fully believe that adversity and struggle will only make you appreciate things more later in life and make you better for it. But these people are also not digging themselves out of this financial hole they are in. Many of them are not paying their student loans because they either can't afford to or "don't care" about money. But one day you will... One day, you will need money to fly home to see a sick relative, or support a family, or continue to do the things you're passionate about. I don't like when parents not only tell their kids they can "be anything", but lead by example that 'money doesn't matter'. I understand that not every family is in a situation to provide their children with post-secondary education - but the effort should be there. As a parent, you should not be okay with the fact that your 20-something child will come out with a degree and a pile of debt. Money matters because you have dreams, not in spite of them. Finding a compromise between living within your means and achieving your goals is not impossible - but it requires you to be self-aware. It requires you to realize that the sacrifices you make in order to achieve the things you want should not a) Place you in a more difficult situation in the long term b) Have a negative impact on those around you I have friends who are paying the price of following their dreams because either they or their parents 'don't care about money'. For many this means they are in upwards of 20,000 in debt and cannot get a credit card. For some it means that even though they will be doctors within the next 5 years, they cannot afford decent food. And for some, this means that the wedding or new family they have started is 100% funded on credit. For now, the consequences may not be so bad - or even apparent. But when those under a pile of debt end up working 40 hours a week at a job they hate/didn't go to school for, what are you getting out of your education? Are you achieving your dreams? For those with a family, what about when your children have dreams? Will you ask them to repeat the same cycle of debt, credit, and living hand to mouth? Is that your dream? I'm not saying money is everything, but it is something. Regardless if you care, you'll always pay.