Photographer Captures What Real Women Look Like After Pregnancy – BodyRock Skip to content
Cart
Now reading: Photographer Captures What Real Women Look Like After Pregnancy
Share
PrevNext
We all know that women's bodies change after pregnancy. The Beautiful Body Project has set out to capture what real women look like after pregnancy, capturing every beautiful detail. A professional photographer set out to show that all women's post-pregnancy bodies are worthy of admiration in their natural form after a picture of her own body after baby went viral. "I hadn't seen any celebrated post-birth bodies that were the ones that didn't bounce back," Arizona-based Jade Beall says. "I gained 80 lbs. and lost 30, so I was 50 lbs. overweight – heavier than I'd ever been. I realized that I had this different body that I could photograph to celebrate a different shape. I didn't realize that people would like it so much and that it would be an emotional catalyst for a lot of women once I posted them." 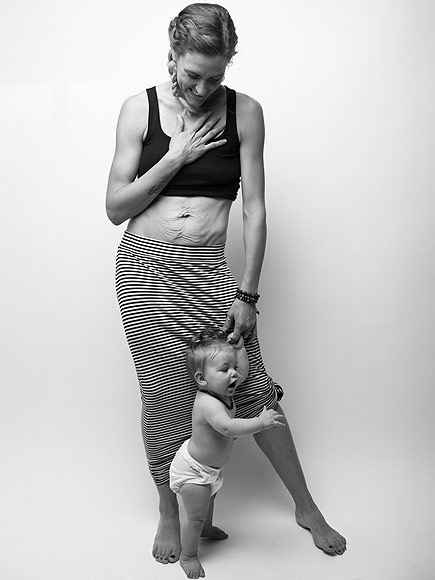 Once her photographs started circulating, the outreach she got from other women was nearly overwhelming. "I had hundreds of emails flying in from women asking if I could photograph them, so I started with women here in my town and then started photographing women from other cities," she tells PEOPLE. "There's so many mothers who feel like failures if they are changed, if they have trouble getting the weight off, if they have stretch marks." Beall wants mothers to look at these body changes in a new light, so she started compiling images of women in all shapes and sizes, including many in her A Beautiful Body Project. [bctt tweet="Photographer Captures What Real Women Look Like After Pregnancy"] "Photography is really seeing yourself as you are," the 35-year-old says. "You actually don't need to erase anything off your precious body to think it's worthy of being called art or beauty. Beall has now photographed more than 500 women over the last three years, each with relatable personal stories. She posts many of them on her Facebook page. "Every time I post something online, inevitably there's a flood of, 'Oh my gosh I feel the same exact way'," she says. "When we see images of women celebrated with their supposed flaws, or what I call beauty markings, we're like, 'Oh wait, I kind of look like her and people are saying she's beautiful.' " Have you recently had a baby? Do these photographs make you feel better about your post-baby body? Source: People [caption id="attachment_124048" align="alignnone" width="100"]