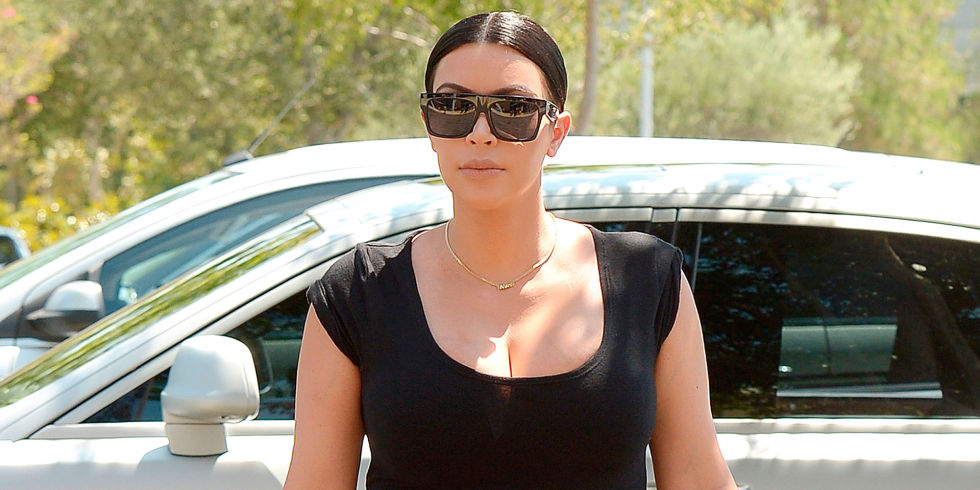 Body shaming, despite the fact that there has been so much media coverage on how absolutely WRONG it is, is still definitely a thing, and the latest victim is Kim Kardashian. Recently, the socialite was called a "fat b*tch" on Twitter, and responded in a super cool, easy breezy free type of way, and it has people clapping with joy. This is how it went down: During the latest Keeping Up With The Kardashians episode, Kim was shown consuming sweet treats, a big pregnancy craving of hers. She took to Twitter to say, "Of course I had to fly to Paris for fashion and fooooood." A social media user replied, "@KimKardashian all u think about is food fat b*tch (sic)."

The fact that all that fat shamer got was a "yup" is pretty amazing. It's as if Kim is proving that she refuses to take their comment in a negative way. Why would the joy of food be anything but seen as positive? Kim went on to write comments surrounded with happiness as opposed to giving in to the harsh comment.
"Just gets me! He will take a break from designing to eat churros with me!!! #bffs" she wrote.

She also let Twitter users know she is by no means worried about her weight. All this woman's got is a life full of confidence, so shamers beware.

What do you think of the way she responded? Source: Cosmopolitan [caption id="attachment_121301" align="alignnone" width="100"]