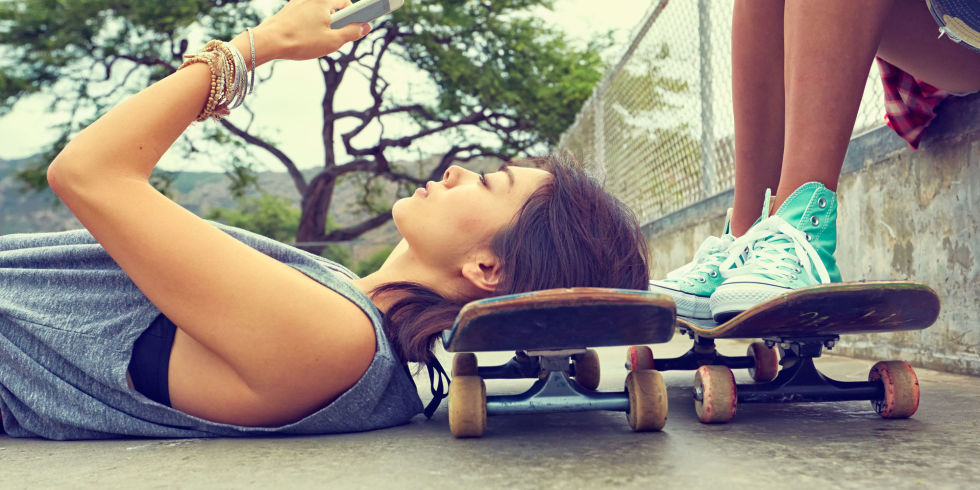 Ever wondered why you suffer from nausea when you're on your phone for a while? You probably just shrug off the feeling, put your phone down, wait for it to pass and then go about your day as per usual. But when it keeps happening, it's not only annoying, but slightly disturbing. So what's the deal?

You could be suffering from an actual condition that induces motion sickness, better understood in this situation as cyber sickness. Most people assume they're just too focused and are causing themselves eye strain or a headache, yet experts believe that it's more than that.

Your phone's screen could be the real culprit in charge of that woozy, dizzy and even nauseating sensation.

​The idea behind this is that your brain is suffering from all the movement on your screen. From videos to swiping and scrolling, there's just too much going on while your body is just being still. It's even more disorienting for women who are prone to classic motion sickness, says research.

But if you're an iPhone iOs user, you'll be happy to know that there's actually a setting on your device that can lessen the special effects that lead to this feeling. Just go to the Settings app, tap on General > Accessibility > Reduce Motion.

You might want to know, however, that experts aren't exactly thrilled over this solution. Research suggests that it might be best to take a break from your regular screen-induced habits, since exposure to virtual environments may actually hinder your ability to react to stimuli in the world that surrounds you, sans screen. Some experts even claim that the effects are like being drunk!

For now, just try to limit your screen time and take a break when the sensation hits.