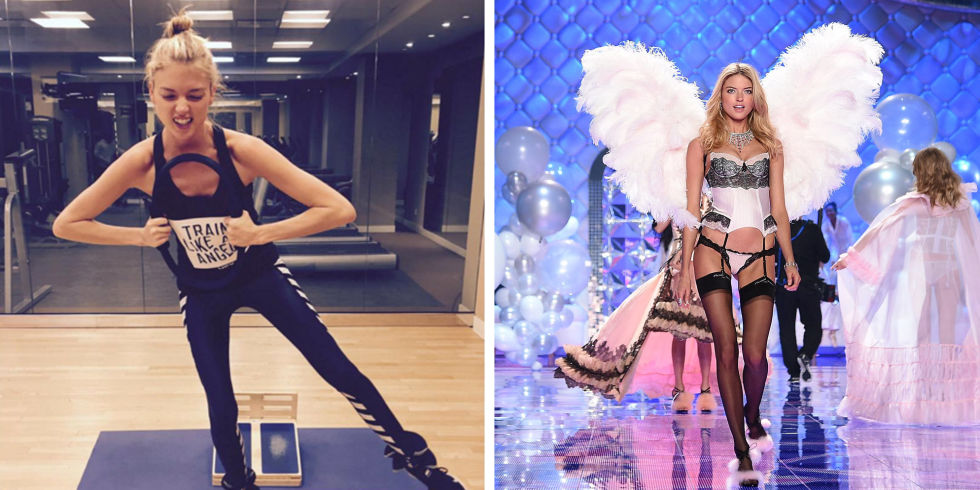 As easy as it is to envy the beautiful bodies of Victoria's Secret models, it is just as easy to assume their naturally thin and tall bodies come complete with tone. But you'll be happy to discover that these ladies have to work for what they've got ... just like the rest of us.

These models get lots of help along the way, especially from people like Justin Gelband, who is a certified fitness trainer and the man behind ModelFit, which is a fitness studio in NYC. Right now, Justin is training nine of the models who will appear in this year's Victoria's Secret Fashion Show. Of the 15 Angels, he's sculpting six of them. "I'm a lucky, fortunate man, being able to train the most beautiful women in the world," says the trainer. 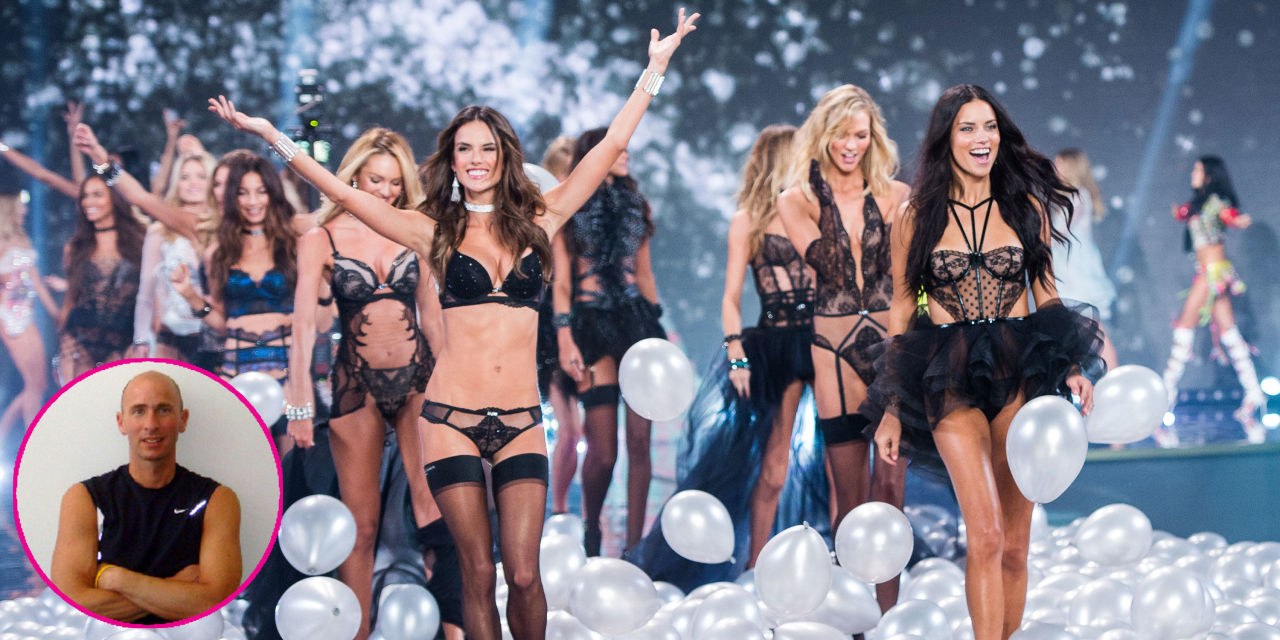 The 40-year-old trainer has quite the credentials. He has earned more than 10 diplomas and certifications in fitness and nutrition. And right now, he is studying at the Gray Institute for Applied Science. "There's not one facet of exercise that I don't know about. I'm constantly learning." Want to know more about what it's like to be in Justin's shoes? He opened up to Cosmopolitan.com in an exclusive interview. 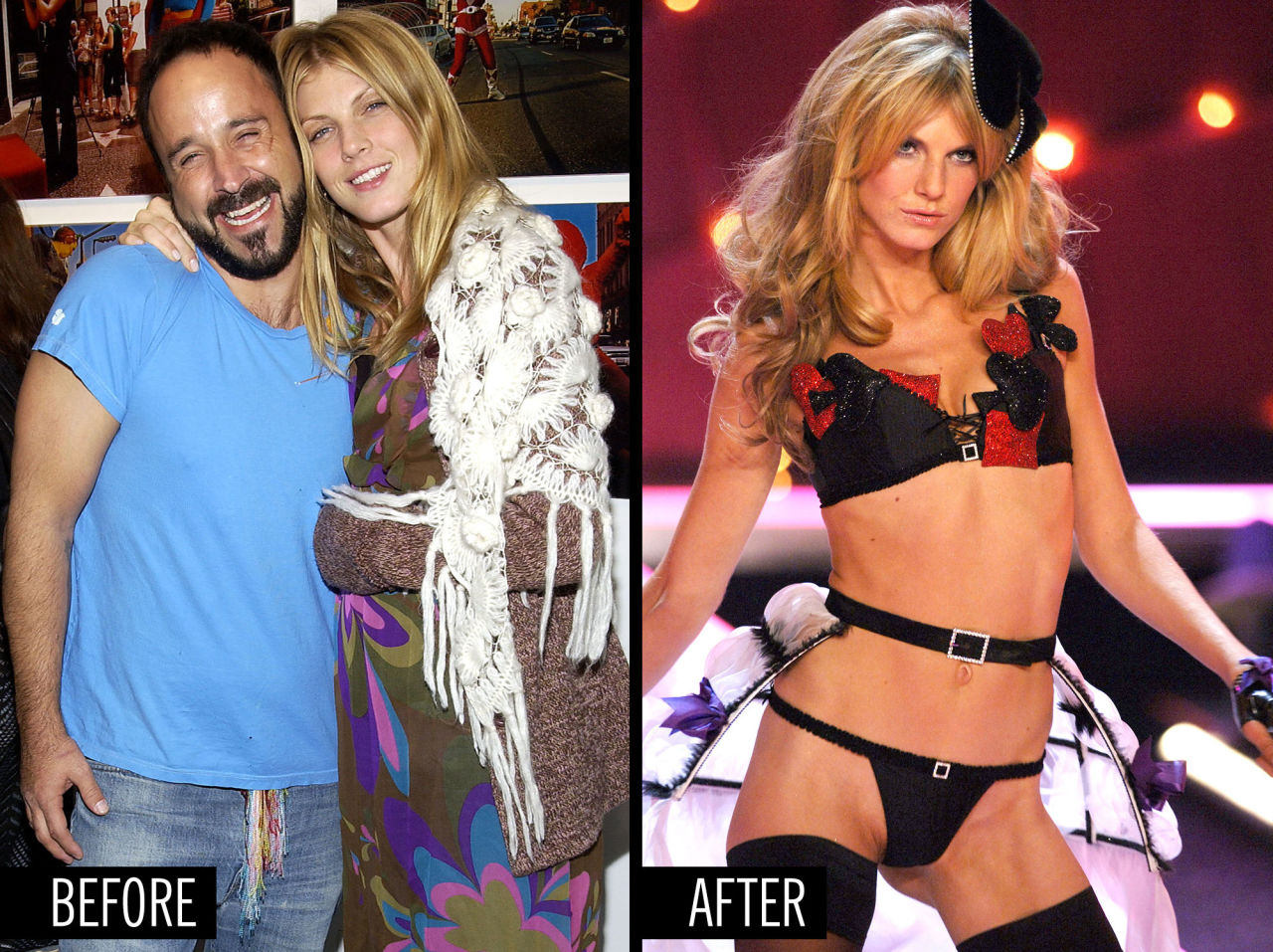 How did you become one of the Victoria's Secret Angel's go-to trainers in the first place? Angela Lindvall gave me my start. She needed to lose weight for the 2006 show after having her second baby, and we were introduced through a friend. It was July, so we only had 3.5 months to make her look fabulous and get her on the runway. But she did it. Then the modeling agency IMG introduced me to some agents and managers who led me to Miranda Kerr and Candice Swanepoel​. And after that, my phone never stopped ringing — probably because I know how to train women. It's about self-esteem, motivation, discipline, and getting each girl to love herself and count on me — no matter how much pressure they're under.

The Angels' bodies appear pretty flawless on the runway — how much do you attribute to genetics versus hard work? Stop. Yes, these girls are born beautiful, and some have been given the gift of being tall and lean. But lots of girls I work with didn't grow up skinny. No one would ever know that they used to be 25 pounds heavier. So while they're given a gift, it's a little one. They're not lucky in the way that the public portrays them. For Karlie Kloss, it took 11 years of ballet. Candice grew up doing ballet. Jasmine did gymnastics for 10 years. They all had to learn how their bodies worked and how to get where they need to be.

How much time do the Angels actually spend exercising every day leading up to the show? My sessions last an hour to an hour and 15 minutes, usually four days a week. I see my youngest clients most often. The older ones are always traveling, so I give them bands, weights, filmed workouts, and Skype sessions so they can keep up with their programs while they're on the road. ​Technically, training season begins in September, but fitness is a foundational thing. My newer clients — like Jasmine Tookes, Romee Strijd, and Lais Ribeiro — might take three months to get in shape, compared to Candice Swanepoel, who I've been training for nine years and can get into shape in three weeks. Her body bounces back immediately. It's like a joke, in a good way. During training sessions, do you do certain exercises to prepare the Angels to walk in heels while wearing wings? My workouts target the butt, hips, thighs, plus the rest of the body. But unlike burpees, squats, and walking lunges, which make you feel like you've worked your ass off and can't walk, the moves we do make you feel good and sexy, and leave you with energy when you're done.

I also emphasize posture and walking in heels. I don't see the wings before the show, but I know they can weigh 20 or 30 pounds, so I'll have the girls wear a weighted vest or hold weights in their arms while they do exercises to help them practice balance and stability. 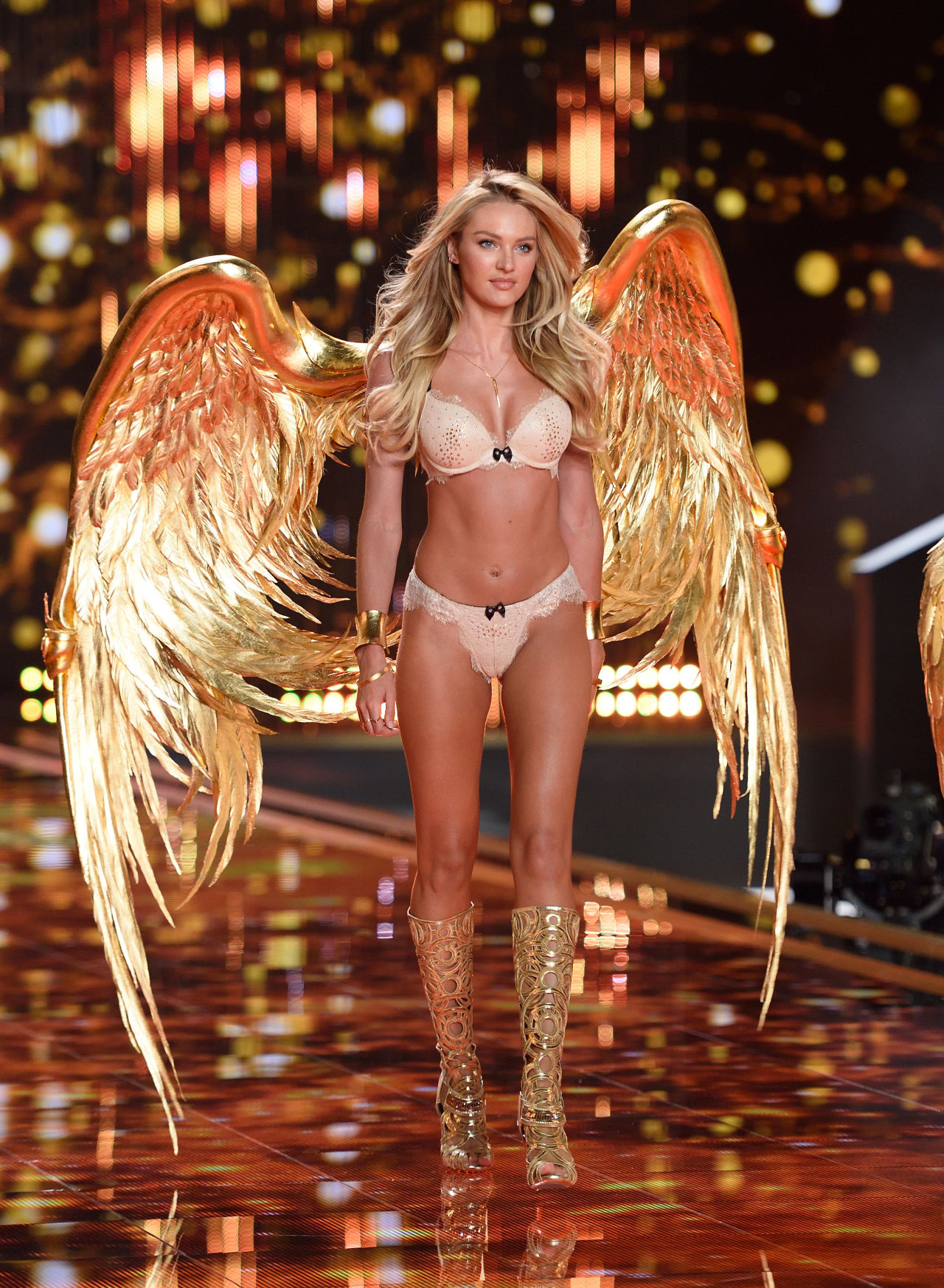 Sometimes I'll have them stand on a slant board to simulate standing in heels. Other times I'll have them come to the gym wearing heels and hold different-size weights in each hand while they walk, which challenges their balance almost like walking with the wings. But I try to keep heels to a minimum because it puts too much pressure on the body. Everyone always asks me which exercises will make you look like Candice or Romee or Jasmine. But I don't answer that because the best exercises are different for every girl. You can do the same workout as Karlie Kloss or Candice, and you still won't look like them. Everyone has their own set of exercises or movements to get in the best shape for their body.

Who's the fittest Angel of them all? I don't answer that, but the girls would say that Candice is the fittest. Her hourglass body is insane, and no one will ever have a body like hers. I always say to be the best you can be with the body you've been given. ​They all work equally hard. Each girl is different and does the best she can for her own body.​ 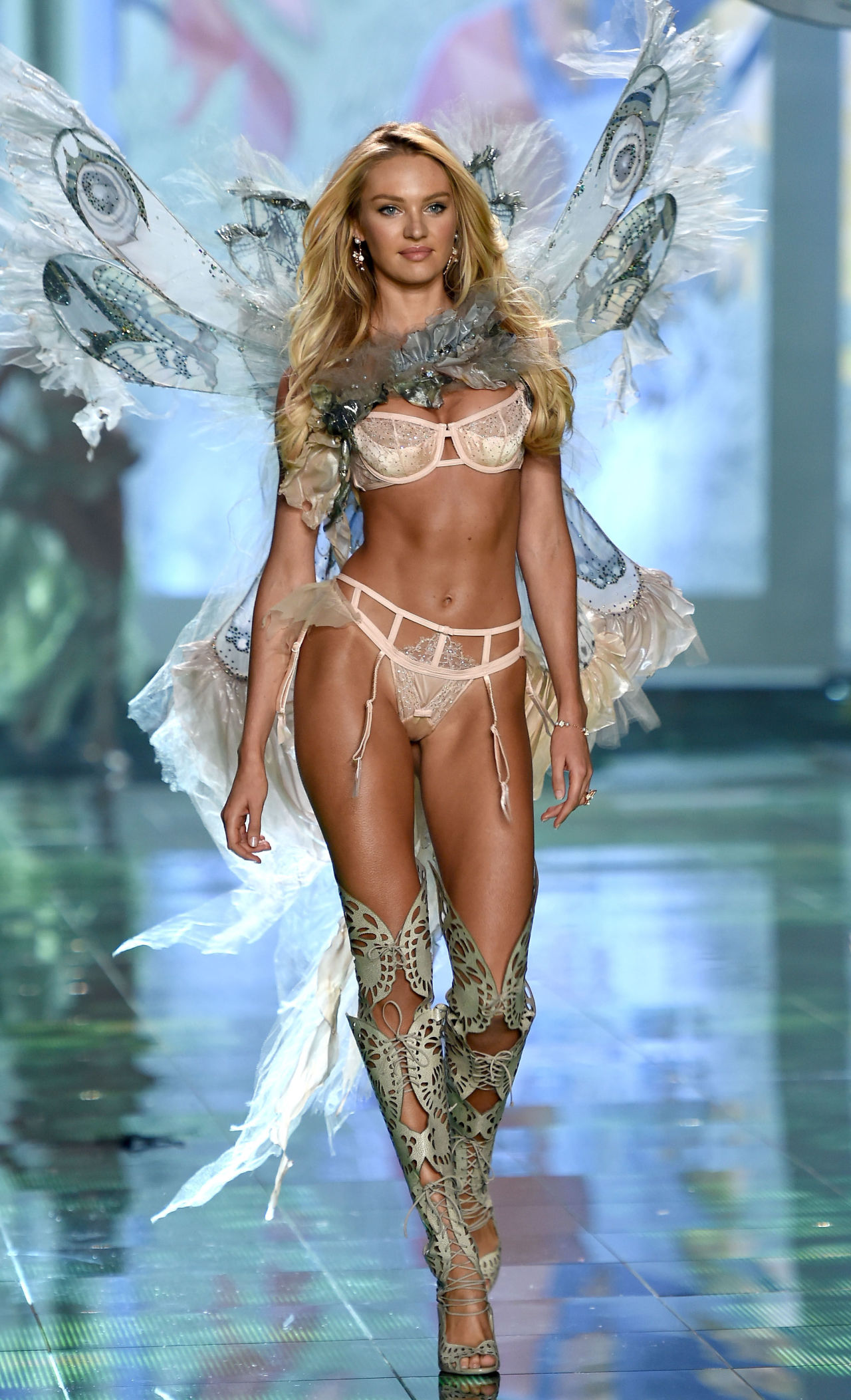 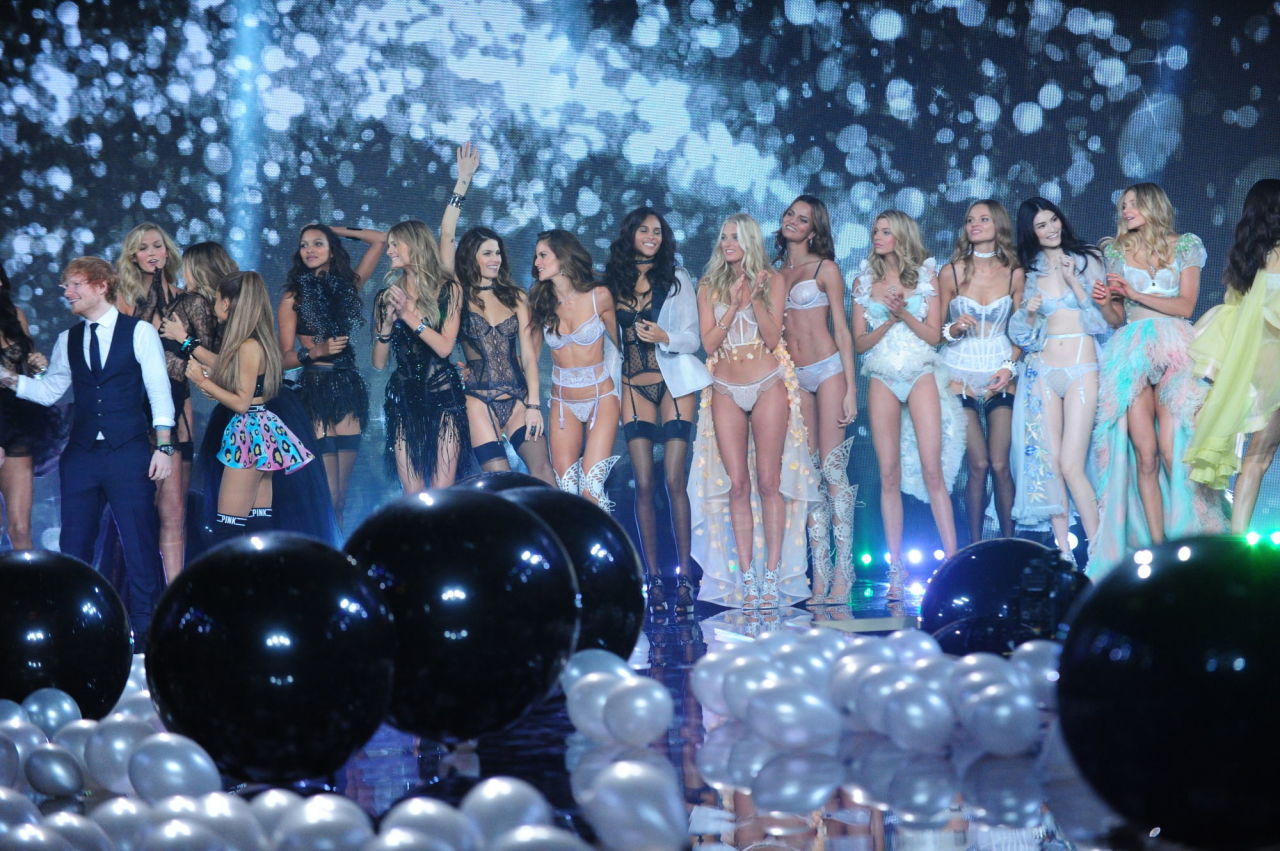 ​Do you work with Angels on their diets too? We work with Dr. Peter D'Adamo's blood type diet, which dictates a diet based on your blood type, calcium, and iron levels. I send the girls to a nutritionist, who uses their blood tests to generate a highly individualized diet plan involving real food.

My no. 1 rule for clients is this: If you train and exercise with me, you eat — no juicing, no diuretics. It's not a game where you have five carrots and a few string beans and a small yogurt. I don't do that. I'm not into quick fixes. Personal training can create a safe space to express insecurities. What kind of insecurities have Angels expressed to you? It doesn't matter if you're skinny or tall or round. ​All women have the same insecurities about their inner thighs, stomach, arms, and butt, Angels included. It's not just their job to look good in lingerie and bikinis — it's their entire lives. At work, on the beach, and on the street, they're being judged. Some of these girls are just 22 or 23, and they're still learning how their bodies work and who they are. What are the Angels' mindsets like leading up to the show? They're stressed — it's nerve-wracking. They're going to be in their underwear in front of millions people and everyone is watching. They want to look their best. They handle it through exercise and meditation. I help them do more Pilates, stretching, breathing exercises that get them into the zone. At the end of the day, it's about getting them to feel good about who they are. I just want them to feel sexy — and it's not about men. It's about empowering women to be the best they can be with their own body and loving themselves.

How do you feel when you see the Angels you've trained walk down the runway? Do you scrutinize your work? I've been doing this for nine years with an average of six girls per show, and I'm very passionate about what I do. So it's my Super Bowl. It's my Grammy's. It's my Golden Globes. I cry, to be honest with you. For me, the show is special in its own way.
Are you excited for the upcoming Victoria's Secret Fashion Show?
Source: Cosmopolitan [caption id="attachment_116886" align="alignnone" width="100"]

Try This Quick, Easy Move For A Firmer Butt