It has been roughly a month since Turbo, a Chihuahua with a birth defect, was surrendered to The Downtown Veterinarian in Indianapolis.

He made headlines when Amy Birk and her team managed to build the two legged puppy a cart made entirely out of toys.

Turbo has grown substantially since then, and he’s outgrown his old digs. (No, this motorcycle is not his new cart)

“We have capabilities to make just about anything, but we lean toward things that we find interesting… I just did some thumbnail measurements from photos and spent about 20 minutes designing a cart, hit print on one of our 3D printers and let it run for 4 hours. I figured some inline wheels would have the least amount of resistance and would be easily obtained, so a trip to the sporting goods store was probably the most time consuming part.”

Check him out in action.

Turbo has also since been adopted by his veterinary technician Ashely Looper.

At his new home, Turbo has a brother named Navin. Here they are playing together. 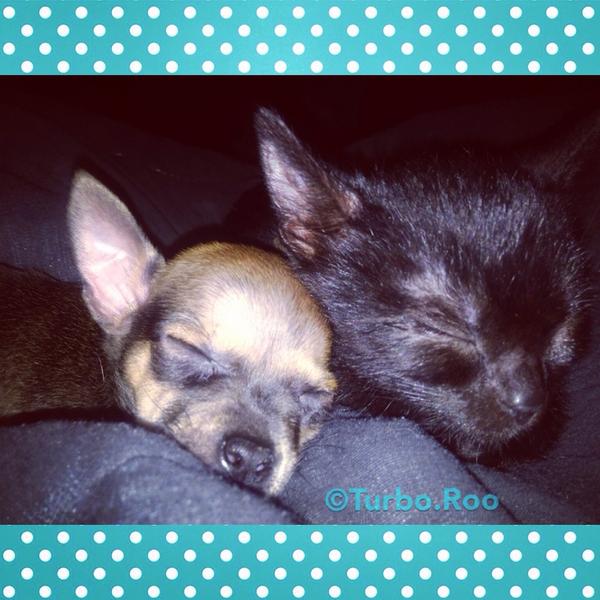