In a day and age where a positive body image is a necessity, with people and movements in the media working tirelessly to promote that all shapes and sizes are beautiful, including the skin you're in, Victoria Beckham's recent fashion show seems like a step back.

During September's Fashion Week, the fashion designer, known for her petite frame, was slammed for casting extremely thin models. Even Piers Morgan noted that her models appeared to be both "painfully thin" and "painfully miserable."

However, Victoria just isn't having it, insisting that she chose "healthy" girls for her New York Fashion week show. She told The Telegraph, "Our casting director spoke to the [model] agencies, and we know that all our girls are healthy. They're young, they're thin, but that doesn't mean they're ill." She added, "People are mean on social media, whoever you are. It's a shame people have to be that way." 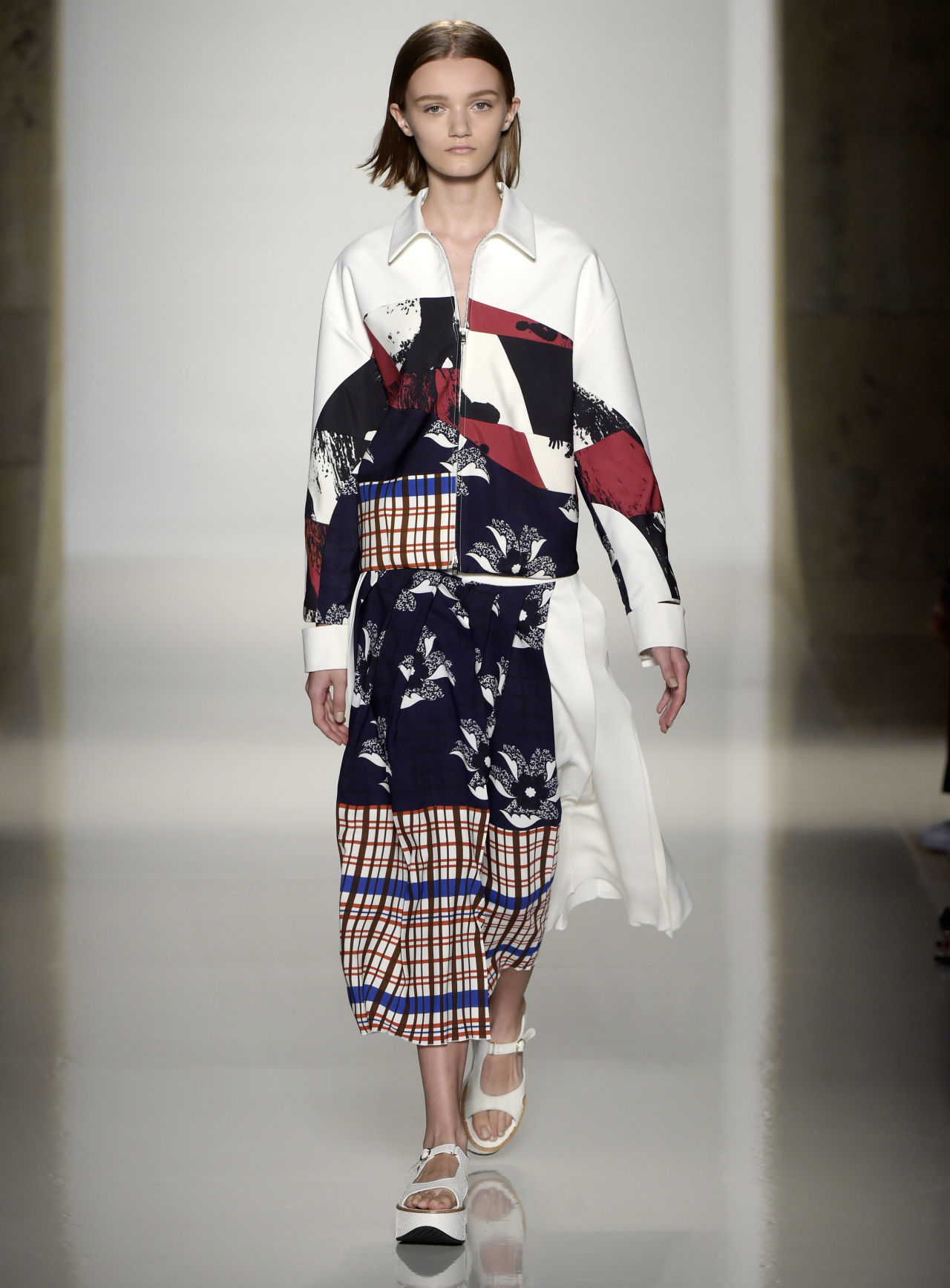 Shown above is Peyton Knight, the 17-year-old model who closed Victoria's show. She received harsh comments on her social media account as well as Victoria's. But the designer responded by stating, "I wasn't the only show she did, I wasn't the only designer to use her."

Though despite Victoria insisting she wasn't using unhealthy models, MP Caroline Nokes, the woman behind the all-party Parliamentary group on body image, claims that Victoria was among those who denied an invitation to discuss the presence of underage and extremely thin models in the industry. "[Beckham] herself has said she wants her designs to be for everybody. She has a great opportunity to show they can be for everybody and has chosen instead to use models who are incredibly thin, she said. "Having been given the opportunity to take part I very much hope those who have declined to take part will not criticise its conclusions." What are your thoughts on underage and unhealthy-appearing models in fashion? Do you believe Victoria when she says she wasn't crossing any lines? Source: Cosmopolitan [caption id="attachment_118223" align="alignnone" width="100"]