"It doesn't restrict me at all," she explained to Sky News. "Breastfeeding a 7-year-old is very different than breastfeeding a newborn or a child of 1 or 2 or 3 or 4," Sumpter explained. "When you don't forcibly wean your child, it's a very gradual, slow thing." 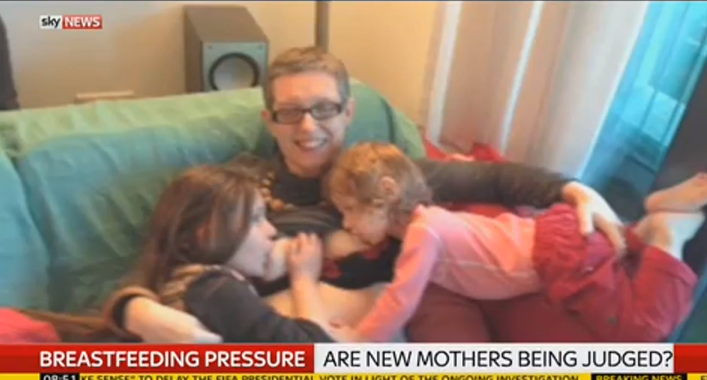 Sumpter says that her daughter, Belle, "may ask for milk once a week, she may ask twice a day," and she gives it to her because "it is a relaxing thing to do."

Dr. Monah Mansoori, is a doctor who also appeared on the news segment, was quick to point out that there is nothing medically wrong with Sumpter's decision no matter how unusual it may be.

According the Centers For Disease Control and the World Health Organization, Sumpter isn't wrong. There is evidence to support her theories. But, there is also evidence to suggest that breastfeed a child longer than is absolutely necessary may cause developmental issues.

No clear guidelines there it would seem. What do you think? Wean your child as soon as you are able or let the child make that decision when s/he is ready? We know you'll have lots to say about this one and we want to hear it!

The 6 Life Benefits of Embracing Your Inner Bitch