On not posing for a "body after baby" tabloid photo shoot:

"Haven't we all seen those pictures of a sexy new mom in a bikini after one month? I will not be that person. I've always gone my own course and never been someone who had the need to be super skinny. I like a healthy look. I don't buy into that skinny-is-better mentality. I just eat healthy and work out and don't worry about my weight too much. Actresses aren't models, and most of them never wanted to be."

On women in television:

"It's a good time for women on TV. We can be funny in our own way … and funny doesn't mean just one thing. Funny isn't just one-liners. It's big personalities and individualism." 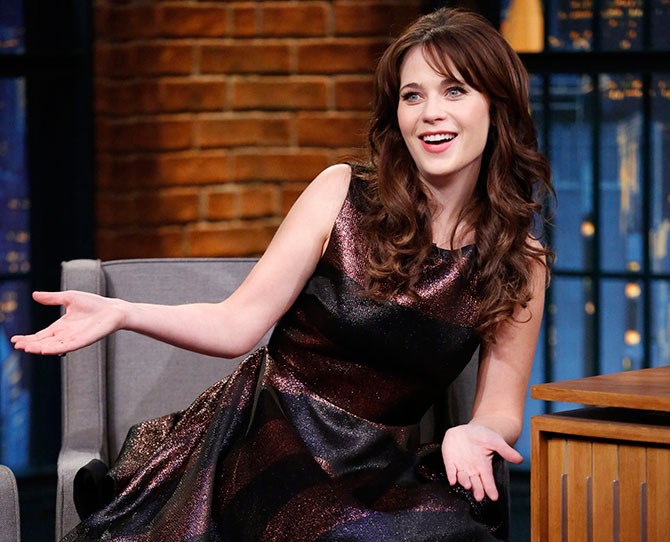 "I'm all for people asking actresses more intelligent questions. Just because you're wearing a nice dress doesn't mean you don't have any ideas. It's a shame to reduce smart, talented women to clothes models. But you can be a feminist and femme. I don't see how those things contradict each other." Amen, Zooey. Amen. You can check out the rest of the interview on news stands next week!